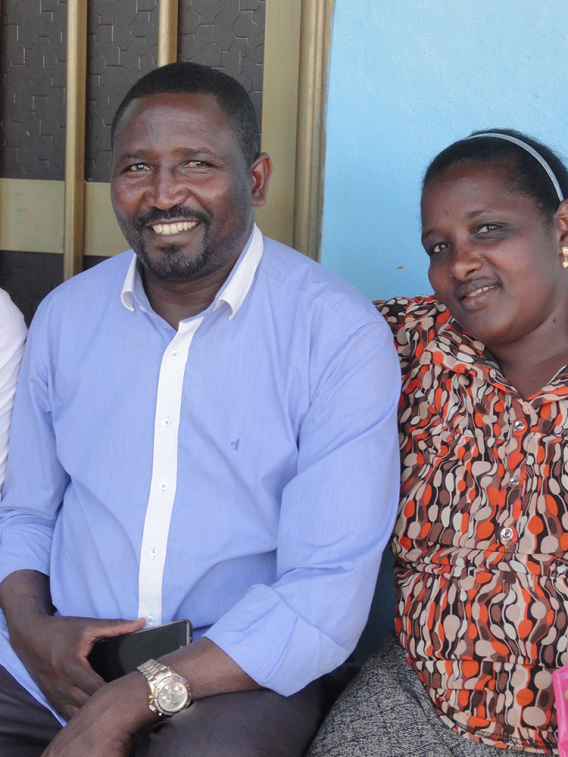 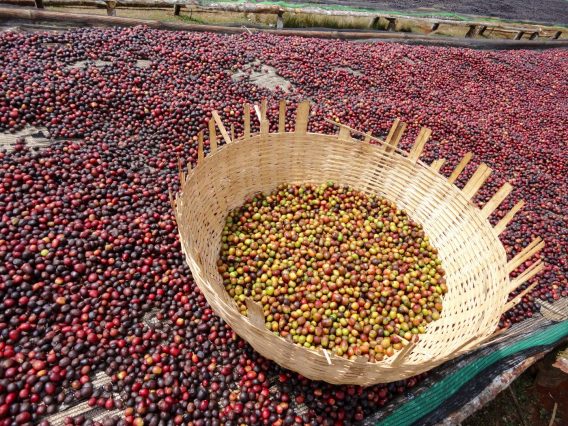 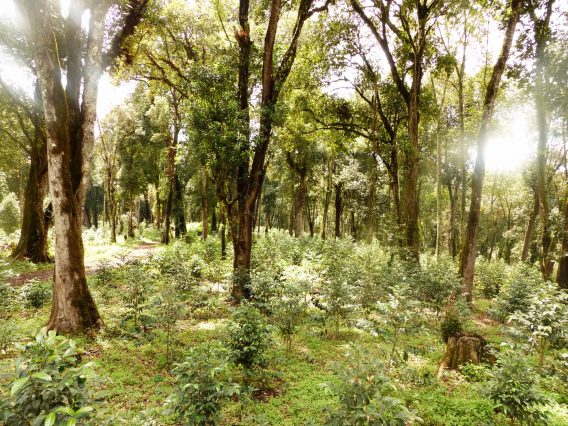 Ethiopia is the home of coffee, and its where coffee was first grown many centuries ago. Ethiopia’s reputation is highly regarded for some of the most extraordinary flavour profiles and for beans grown in high altitude, in native coffee forest. This organic Shawo coffee comes from the Dambi Uddo forest, in the Guji appellation. It has fruity notes of peach and orange. It is produced within an agroforestry system that mixes about fifteen endemic species. The shawo, after which this coffee is named, is one such species. It is a tree that can grow to over 20 metres in height and is a good companion for coffee trees. By promoting this forest coffee, we are helping to preserve this rare environment and support the small indigenous farmers involved in this agroforestry. The coffee is all arabica, Ethiopian heirloom, grown using organic farming methods, harvested by hand, and is fully washed process drying the coffee on African beds. This produces an extraordinary profile delicate, sweet, smooth and stunningly delicious as a pourover. We also roasted this darker for espresso with exceptionally good results producing a full bodied coffee with characteristic citrus notes. Altitude 2000m+

The Guji Highland Coffee Plantation is a family business managed by Wadessa Yachisa. Originally from Shakisso, Wadessa has been involved in coffee production for many years. In 1995, at the age of 17, Wadessa was forced to leave secondary school to join the army and complete his military service. On his return in the late 1990s, the political situation was such that he could not resume his studies. The young man found himself unable to continue his education, despite wanting to do so. Driven by a strong ambition, he managed to bounce back and quickly turned his hand to other projects. He began by working in one of the gold mines in the Guji area. He then decided to invest his savings in coffee, considered a promising regional industry. In 1999 he created his first company with friends, which he headed for several years. Then, in 2010, he journeyed to the Guji appellation in Dambi Uddo. He went there for a religious ceremony, but on meeting and talking with local farmers decided to invest in its beautiful coffee forest. In 2012, Wadessa Yachisa created a new company, Guji Highland Coffee Plantation PLC, with other members of his family. They now have 150 hectares of land devoted to coffee production. They also work with local farmers who supply them with coffee cherries. They have several drying stations and have recently set up a washing station in Dambi Uddo, allowing them to offer this fully-washed coffee.
Today it has become a large company with offices in Addis Ababa and Shakisso. As manager, Wadessa Yachisa is driven by a passion to produce high-quality coffee using production methods capable of protecting the environment.